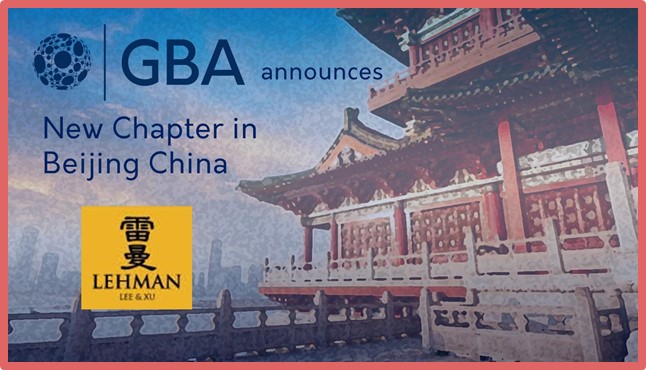 July 29, 2021, Beijing. The Government Blockchain Association (GBA) is proud to announce the opening of a new chapter in China.

The chapter will be led by Edward Lehman, Managing Director of Lehman, Lee & Xu, a full-service Chinese law firm. Mr. Lehman founded the first foreign-owned law firm in China along with Neil Mallon Bush, son of U.S. President George H.W. Bush. The chapter will be co-led by Jed Rothstein of the Yale Law School’s Paul Tsai China Center. Together Mr. Lehman and Mr. Rothstein will lead the GBA Beijing chapter.

The GBA Beijing chapter leadership is closely connected with the Chinese government and will be connecting their blockchain projects with public sector and private sector GBA members around the world.

It is undisputed that China has the most advanced and sophisticated government blockchain ecosystem in the world. The role of the GBA is to help the public and private sectors connect, communicate, and collaborate. Through the Beijing chapter, China will be able to become the first national government to use GBA to expand its blockchain ecosystem. The rest of the world can connect with China using the global network and infrastructure developed by the GBA. Come to Washington, D.C. to meet the GBA Beijing chapter leadership and officials of the Chinese government, along with notable leaders from around the world during Government Blockchain Week, Sept 27-Oct 2, 2021.

The Government Blockchain Association welcomes Mr. Edward Lehman and Mr. Jed Rothstein and is excited to open a new chapter in China, a nation ripe for blockchain.

This website uses cookies to improve your experience while you navigate through the website. Out of these cookies, the cookies that are categorized as necessary are stored on your browser as they are essential for the working of basic functionalities of the website. We also use third-party cookies that help us analyze and understand how you use this website. These cookies will be stored in your browser only with your consent. You also have the option to opt-out of these cookies. But opting out of some of these cookies may have an effect on your browsing experience.
Necessary Always Enabled
Necessary cookies are absolutely essential for the website to function properly. This category only includes cookies that ensures basic functionalities and security features of the website. These cookies do not store any personal information.
Non-necessary
Any cookies that may not be particularly necessary for the website to function and is used specifically to collect user personal data via analytics, ads, other embedded contents are termed as non-necessary cookies. It is mandatory to procure user consent prior to running these cookies on your website.
SAVE & ACCEPT