What are SoulBound Tokens (SBTs)?

In recent times, Non-Fungible Tokens (NFTs) seem to have captured the cultural zeitgeist. Interest in the concept has skyrocketed, evidenced by the public coverage about it, as well as a huge explosion in the volume of transactions of the same.

However, elements like NFTs and cryptocurrencies are ultimately part of a financial system — a Decentralized Financial System for sure, but still, a store of value, a medium of exchange, and consequently, a financial instrument.

Vitalik Buterin told Time in March 2022 that, ultimately, the goal of crypto is to accomplish meaningful change in the world. The world does not consist of just financial instruments and concepts. Even though they are critical to its functioning, it is not where the world ends and begins.

This is where Soul Bound Tokens (SBTs) come into the picture. The root of this concept is a paper authored by economist & social technologist E. Glen Weyl, lawyer Puja Ohlhaver, and Ethereum creator Vitalik Buterin that outlines his concept for a “DeSoc” — A Decentralized Society. Any societal framework in the field of anthropology has an element of individual expression. This is attributed in the form of relationships, affiliations, and credentials. In modern society, this is manifested in the forms of degrees, licenses, titles, and so on.

SBTs are NFTs that can not be transferred after they are received. The paper envisions that SBTs would be non-tradable tokens, awarded to a “Soul” unilaterally. The token would provide the said soul with an attribute. This is completely non-tradable and aims to act as an intrinsic “label”, instead of a token that aims to act as a financial instrument in any shape or form. Once you receive an SBT, you hold it in a Soul-wallet forever.

How will SBTs change the concept of our Identity and other aspects of our society?

As mentioned before, the underlying concept relies on “Souls”, which are entities to which SBTs are accrued. The ideal scenario is that the SBTs accrued by a soul manifest qualifications, connections, and memberships.

For example, SBTs could be issued for attending a developer conference, or any other group activity. In a theoretical sense, an SBT could exist for a family name, with membership implying being a part of an actual family.

SBTs have the potential to act as very efficient social or commercial credit systems, with SBTs displaying educational credentials such as degrees, work history, and rental contracts.

The core distribution of NFTs is random at best, being algorithmically airdropped into wallets. However, in the case of SBTs, “Souldrops” is envisioned as a way to create a genuine sense of community and form meaningful groups. While an NFT Drop may be executed mathematically, SBTs enable an entity like, say, a DAO, to drop tokens to Souls that may hold a certain intersection of SBTs. As Vitalik states in his paper, “a non-profit whose mission is to plant trees would drop governance tokens to Souls who hold a mix of environmental action SBTs, gardening SBTs, and carbon sequestration tokens.”

The end goal of these concepts is to create a Decentralised society where Souls and the communities formed at the intersection of all the Souls based on their SBT holdings can create “plural network groups”.

The concept of “plural network groups”, as stated in the paper, envisions that networks, i.e., interactions and communication, are the most critical aspects of economic growth. Trade-in Goods and services will occur through communications. A theoretical severing of the lines of communication across the world would instantly stifle all world trade, and create chaos in society. This problem becomes even more likely when these channels are highly centralized and exist in an oligopoly-like market structure.

“Imagine a world where most participants have Souls [digital wallets] that store SBTs corresponding to a series of affiliations, memberships, and credentials,” the paper mentions.

Some of the use cases for SBTs include:

What could be DeSoc’s end game and how is it building on the existing Decentralized financial and information exchange infrastructure?

Vitalik has stated in recent media interactions that he is highly concerned about increasing inequality and the overarching image of crypto assets as an engine for pure profits. He is not entirely wrong.

DeFi assets are overwhelmingly turning into gambits for acquiring “private property” aka aforementioned assets, and instantly tapping into markets with the sole goal of generating quick wealth. Similar examples of rent extraction exist in the contemporary real estate market, where quick gambits from entities with high amounts of the capital corner the market, create overwhelming, unilateral spheres of influence, and drive out a majority of rent-seekers.

However, DeSoc is aiming to enable efficient governance and decision-making mechanisms by creating a framework to enable trust and cooperation. Critics point out that such “credit systems” may theoretically result in dystopian ecosystems like China’s social credit system, where certain social groups are automatically filtered out due to the presence of certain SBTs.

While the overarching technology and concept are likely not ready for a large-scale undertaking of planning and implementation in modern contemporary society, the concept and its anthropological implications have a huge potential in the digital communities of today to foster trust, keep bad elements out, and, as Vitalik says, create “plural network goods”. 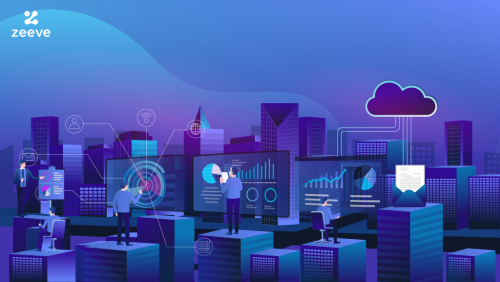 As the concepts of the “Metaverse” and “Decentralized Society” continues to take shape and evolve day by day, it becomes ever so important to try… 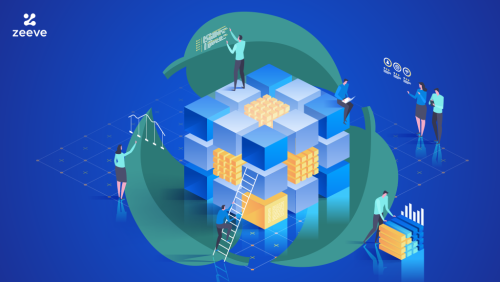