On May 26, 2022, Ambassador Milena Mayorga of El Salvador will address a gathering of 600 innovators, public-sector administrators, legislators, and executives in Washington, DC. She will be sharing the experiences of El Salvador regarding the adoption of Bitcoin as legal tender. Her country leads the world in the national adoption of cryptocurrency.

That evening Ambassador Mayorga will be meeting with government blockchain leaders from more than:

The event is hosted by the US House Congressional Blockchain Caucus and the Government Blockchain Association (GBA). For more information about the event visit www.bit.ly/bseg22-schedule or send an email to events@GBAglobal.org 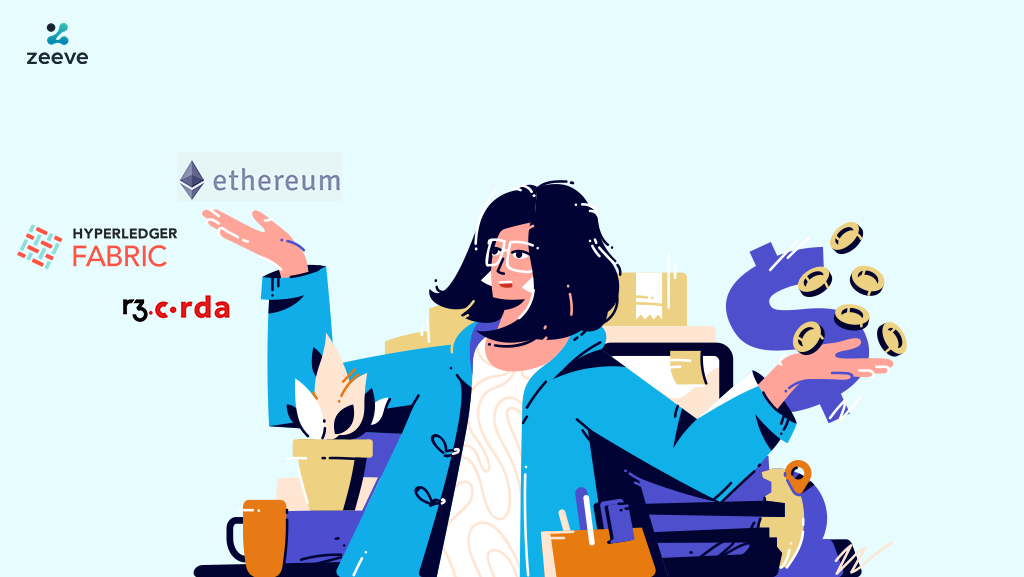 Hyperledger, Corda, and Ethereum are all blockchain platforms which are used for the creation and tracking of cryptocurrencies. Let’s take a moment to contrast Hyperledger, Corda, and Ethereum to see how they work.  While different frameworks showcase the advantages of technology based on distributed ledgers, they have radically different concepts of application and vision. In this article, we will attempt to demystify the pros and cons of the uses for each of the three applications. Hyperledger, Corda vs Ethereum is a comparison that details the expanse and capacity of distributed ledger technologies.

The case studies of both Fabric and Corda are developed for practical purposes, whereas Corda’s cases are used in the financial sector. For this reason, Corda develops its solutions to retirement age, whereas Fabric chooses targets many industries. Ethereum presents itself as completely independent of any certain field of application. However, in contrast to Fabric, it is not modularity that differentiates it but the provision of a generic platform for all types of transactions and applications.

With traditional centralized data storage, only the owner controls the database, such as a ledger. As a consequence, the owner publishes which data is entered and which can post other entries. DLT renders this transfer of data radically different, with simultaneous “peers” holding a copy of the data and naturally permitted to make contributions. Distributed data storage involves nodes or peers that participate in it. The difficulty arises with regard to ensuring all nodes agree to a common fact, such as a ledger’s validity, so that changes made by one node can be transferred to all peer nodes in the network. One of the chief goals of consensus is to find a common reality for all nodes in the network.

The three distributed ledger technologies differ regarding the way they use the use case and vision. Corda derives the majority of its use cases from the financial services industry, whereas Hyperledger Fabric seeks to provide modular, extensible architecture in any industry. Ethereum, meanwhile, regards itself as distant from any particular application.

In Ethereum, reaching a consensus for all participants with regard to the order of all transactions taking place is very important. All participants are required to be a part of it, regardless of whether they are a part of that transaction or not. Failure to establish a definitive transaction order could actually lead to double-spend and there can occur two parallel transactions, whereby the same coins are being transferred to different recipients.

A consensus-mechanism can protect the ledger against any kind of fraudulent activities and becomes all the more important to be employed given that there are mutually distrusting and anonymous parties involved. In your current version of ethereum, this is a mechanism established by mining based on the proof-of-work (PoW) scheme. Thus, you must agree on one common ledger and all employees have access to all entries previously recorded. As a result, PoW has a negative impact on the system’s capacity to process transactions.  Even anonymous, the records that are stored on the ledger are still accessible to all participants, so applications that need a higher degree of privacy are hindered.

Despite Fabric and Corda’s reliance on Proof of Work, a top-down consensus process is implemented in both cases to promote flexible information processing. A user can participate only in records of their choosing and enhance their security protections by interacting in a permission-eligible domain.

The entire workflow is driven by a fabric’s knowledge of consensus. This includes proposing a deposit to the network, signing it, and processing the transaction. To some extent, Ethereum has understood and prepared themselves for any given scenario, but the roles, tasks, and requirements in developing the consensus process are similar.

Within Fabric, nodes with different roles are marked. Coders are categorized as clients, peer, and orderer, whereas end-users are peer and order. Peers secure the ledger and receive alert messages from depositor-orderers about committing new transactions to the ledger. As an endorsement peer is a type they specifically have, their job entails approving of transactions by checking whether or not they fulfill the necessary and sufficient conditions (e.g. submission of required signatures).  A channel of communication remains open for clients and peers by way of which messages pertaining to the transactions can be broadcasted. With respect to consensus in particular, the channel maintains consistency for all connected peers, broadcasting the same messages in the same logical order.

At this moment, there are deficiencies in the delivery of orders when many distrusted hierarchical orderers are hired. As a result, a consensus algorithm needs to be used to reach consensus despite difficulties, such as inconsistent order of messages, hence making redundant the circulation of the block chain tolerant. The algorithm employed by Fabric is pluggable, rendering it possible to have a variety of algorithms for various applications. For example, to insulate against certain kinds of abuse, algorithms based on the Byzantine fault-tolerant (BFT) paradigm may be used.

In this way, communication channels are limited to parties involved, which results in transactions being resolved without a need for consensus at address level, where transactions involving unrelated channels are recorded.

Like Corda, involving the participants alone helps in reaching the consensus at transaction level. Subject to consensus is transaction validity and transaction uniqueness.  Running the smart contract code that pertains to the transaction ensures the validity of a particular transaction and also by verifying all the needed signatures and making sure that there are no disputes between the parties regarding it.

Smart contract code is just a computer program written in a specific programming language. It acts both as a software agent and delegate of the person who employed it with the intention that it fulfills certain obligations, exercises rights and takes control of assets within a distributed ledger in an automated way. As such, it takes on tasks and responsibilities in the distributed ledger world.

DLTs feature intelligent contracts in the sense of payment code that can be found in source codes in Go or Java for Fabric, in Solidity for Ethereum, and in Java or Kotlin for Corda. In Fabric, the term chaincode is used to refer to smart contracts.

In Corda, smart contracts consist of not only computer code but also incorporate legal prose. Therefore, smart contracts are legal prose that is written in such a way that they can be said and implemented within smart contract code. The reason is to give the code more legitimacy given that it is based in the associated legal prose.   Both Fabric and Ethereum lack the ability to solve this problem.

Created as part of the Ethereum system, ETH is a built-in cryptocurrency used for paying participant contributions to reach consensus around the total amount of new blocks to mine as well as to paying transaction fees. DApps can be built for Ethereum that let monetary transactions. Additionally, a digital token can be issued for particular use cases by creating a smart contract that complies with the predefined standard.

Both Fabric and Corda do not require a mining program to establish consensus. With Fabric, however, you can create a custom cryptocurrency or a digital asset through chaincode. With Corda, it’s not planned to create custom digital currencies or digital assets.

To summarize, analyzed DLTs span a spectrum. On one hand, there is Fabric and Ethereum. They are both highly flexible, yet contrasted. Ethereum’s powerful smart contract engine renders it a flexible platform for virtually any application. Ethereum, which offers an open mode of operation, does not allow the network to recognize scalability issues. Fabric helps solve scalability and security issues when it uses permissioned mode of operation specifically by means of its BFT algorithm and fine grained access control. Additionally, the modular design permits Fabric to be tailored to a wide variety of uses. An analog to a scalable toolkit can be drawn.

Corda has been purposefully built as a DLT platform for the financial services industry. Notably, it rests on the smart contract framework by supplementing it with customary legal documents.

Corda evidently focuses solely on financial services transactions, simplifying its architectural design in comparison to other fabrics. Because of this, it could offer a more out-of-the-box experience. However, it might also be possible that Fabric, because of its modularity, can operate like Corda’s feature set. Efforts are made by the community to integrate Corda into the Hyperledger project. Corda strives to be incorporated into the Hyperledger project.

Hyperledger vs. Corda vs. Ethereum is a comparison with growth potential that is likely to proceed alongside the advancement of blockchain technology as well as new applications for emerging technologies. Zeeve is the leading Blockchain as a Service platform helping enterprises and Blockchain startups build, deploy and manage reliable decentralized apps and Blockchain networks. Zeeve is a low code automation platform that is cloud agnostic and supports multiple Blockchain protocols with advance analytics and monitoring of nodes and networks.It’s worth keeping an eye on the evolution of the blockchain industry as more and more new applications emerge. However, the initial digital ledger technologies are very different from one another. On their vision and application, they are still very different. However, it’s significant to remember that the three cryptograms differ greatly, on the subject of technique as well as use.

Yellen at American University on Crypto

Yellen at American University on Crypto